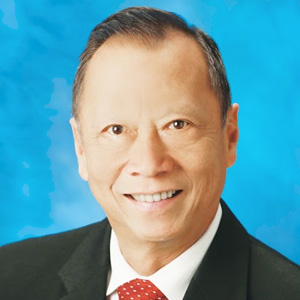 VDI (Virtual Desktop Infrastructure) has been implemented in the casino industry for many years. I first implemented it when I was working for a casino in California and at that time, we had small units on the desktop running VMWare with VM servers. At the time, we had over 100 physical servers. As we grew, we needed a solution to resolve our computer room space problems and be more energy efficient.

Most of our servers operated at less than 20 percent of capacity, leading to server sprawl and complexity. We discovered server virtualization would address these inefficiencies by allowing multiple physical systems to run on a single physical server as virtual machines, each with access to the host server’s resources.

We experimented with VMWare as a solution with VDI workstations. We deployed them in our Accounting, Hotel Front Desk, Reservations and other areas that did not need heavy system processing. VMWare with VDI was very effective as we decreased our physical servers down to under 30 servers and the savings in energy both in electricity and cooling went up exponentially.

Today with all of the new enhancements and capabilities in the VDI field, I am deploying it here at Grand Sierra Resort. Deploying VDI desktops as a managed service gives us the opportunity to respond quicker to changing needs and opportunities. We can reduce costs and increase service by quickly and easily delivering virtualized desktops and applications to our users both in-house and for mobile workers using Android and iPad tablets.

The newest technology utilizing Solid State Disks (SSD) with the increased processing power of blade technology has made the transition to VDI a much more viable option. Compression and deduplication up to 10 times the previous hard-disk drives (HDDs) capacity have led to a greater return on investment. Redundant arrays of independent disks (RAID) with rebuild times for high-capacity SSDs are much faster than for traditional spinning disk.

Time, space, energy and especially monetary savings will be prevalent in the data center of tomorrow

One of the biggest areas of concentration in our VDI deployment are the security challenges. We needed security designed for the VDI environment specific to VDI and wanted to ensure we leverage all the resource advantages of VDI for optimized performance. As we moved to VDI, security improved because our administrators have better control over desktop applications and data stored on our centralized storage facility.

Let’s discuss the benefits moving to VDI has generated:

a. Backups – one of the problems with having PCs deployed throughout our facility is the backup situation. Users were putting their work and personal data on their PCs and not backing the data up. With VDI, desktops are centralized, with the backup data in one location in the data center making the backup process easy, fast and easily understood.

b. In the event the entire workstation becomes corrupt, the VDI workstation can simply be restored at the Virtual Disk (VMDK) file level and returned to service. Other options exist within VMWare as well to leverage snapshot technology for any VM. A snapshot may be taken at any time in the daily operations process when the possibility of corrupting/deleting or changing data inadvertently exists.

c. Regulatory Compliance – we are overseen by the Nevada Gaming Commission and the Financial Crimes Enforcement Network (FinCen). With VDI, the controls of access and availability are centrally controlled in our data center. We can also lock VDI desktops down to a no change policy. The beauty of VDI is that we can instantly re-deploy the same workstation after someone logs off. This concept works wonderfully for test labs where an unknown count of workstations may be needed.

2. Availability – VDI provides astounding returns in workstation availability. Instead of losing any work during a power outage on a workstation, a VDI Cloud Client simply reconnects to the active session of the VMWare Virtual Machine running on the server. Another advantage is the security of available data on a cloud client. The VDI Cloud Client allows for connectivity and presentation layer transmission only. No data is ever stored on the cloud client excluding network settings, presentation resolution or display preferences. This can all be password secured as well so the end user will actually never see these available configurations.

a. We had a lot of XP machines that were coming to the end of their lifecycles and replacing these XP machines with VDI devices instead of PCs reduced our capital expenditures. The prices of a cloud client deployment are far less expensive than purchasing PC’s.

b. Although the initial installation of ESXi infrastructure with VDI is costly, over a period of time, savings will be realized as we deploy additional VDI units and take advantage of centralization.

5. Increase IT productivity, efficiency, agility and responsiveness – Obviously with the enhancements and features native to ESXi, VMWare and VDI the time to provision applications, servers, workstations and provide customer service is drastically reduced. A small staff can easily operate a virtual server farm or workstation pool. More projects can be accomplished by the business to drive company objectives now that the provisioning process of servers and workstations is so short and customer service goals can be improved to high levels of response times.

6. Enable business continuity and disaster recovery – One of our new goals is to enhance our DR solution. Our DR solution is focused on live mirroring of our Primary server room to our Disaster Recovery room. With a concept called CDP (Continuous Data Protection), we will be able to provide instant failback to previous time periods in the event of any data failure.

7. Build a true Software- Defined Data Center – As the technology grows, virtualization of hardware will become more predominant which will ultimately reduce the server and switch hardware to a series of ESXi host stacks which are neatly kept in a small server room or co-location. Time, space, energy and especially monetary savings will be prevalent in the data center of tomorrow.