Technology for the Casino Industry

Technology for the Casino Industry 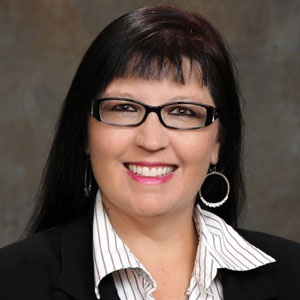 During October, the gambling industry congregates amongst the bright lights and non-stop action of Las Vegas for the Global Gaming Expo (G2E), an annual convention where the newest gambling games and technologies are showcased. Many exhibitors are established brands in the gambling industry, while others are trying to break grounds in the market.

For exhibitors featuring gaming devices at G2E, Nevada regulation requires that they be either licensed as a manufacturer or distributor or must be limited to displaying product and are prohibited from selling or taking orders “for use or play in Nevada.” NGC Regulation 14.340. The exhibitor must also display a sign that they are not licensed as a manufacturer or distributor in Nevada.

A gaming device has specific meaning in Nevada. Not only is it a slot machine, but it’s also defined as a collection of certain components making up a slot machine, including a wired slot machine cabinet. NRS 463.0155. It’s not only the gaming devices that require a manufacturer’s license, but also cashless wagering systems, mobile gaming systems (that operate within footprint of licensed resort establishment), and interactive gaming systems (also known as internet gaming). These types of systems often support the advancing shift to gambling on mobile devices.

In order to make gaming devices or certain systems for use or play in Nevada, a nonrestricted gaming license as a manufacturer is required. Further, in order to sell or lease such devices or systems, a separate distributor’s license is needed. Often, a company will obtain both licenses as part of the same process, but they are distinct. The process for obtaining both licenses is as strict as if operating a casino. It will require stringent background reviews of company owners, directors, and officers (or equivalents), can cost up to hundreds of thousands of dollars (which must be paid up front), and can take several months to complete. The licensing process for nonrestricted gaming licenses has been compared to the national security clearance process, but more intrusive!

Once a business successfully obtains approval from the Nevada Gaming Commission for the manufacturer’s and/or distributor’s license(s), it doesn’t end there. Next, the technology itself must be approved before being placed on the casino floor. Up until 2011, all gaming technology had to undergo rigorous testing and review by the Nevada Gaming Control Board’s state-operated testing facility, the aim of which is to ensure that games are fair, secure, and auditable. The Nevada Legislature then changed the law to permit independent testing laboratories to certify that technology for use or play in Nevada meets regulatory and technical standards published by the state.

Now, the process requires that a gaming device or system first obtain certification after comprehensive testing by a Nevada-licensed independent testing lab, such as BMM or GLI. The lab results and technology are then reviewed by the Nevada Gaming Control Board’s Technology Division. The Board may then require the technology to be placed into field trial on the casino floor for up to 180 days. NGC Regulation 14.080. The field trial allows the technology to be tested, evaluated, and modified (if necessary) after casino and consumer interaction. Alternatively, a company can pursue “New Innovation Beta,” which allows for a field trial to be performed while the gaming device or system is still being evaluated and reviewed by the Technology Division. Id. This simply shortens the time for the technology to be integrated into the casino market.

Some technology is considered to have less impact on game outcome or determination of win or loss. This is known as “associated equipment” and ranges from cards or dice to sports book software not involving wagering accounts. Associated equipment requires a lessened level of licensing and review, but still requires some form of approvals and testing.

The most interesting aspect to casino technology is bracing for the casino of the future. We’ve already seen the development and roll-out of skill-based gaming, including games that involve characters making 3-pointers in virtual basketball or competitive PacMan played for money. There is wide speculation that wagering on esports–video game tournaments–will become increasingly popular among younger generation consumers. We’ve already seen esports take a larger role within traditional sports platforms. For example, if you go to the ESPN website, you will find a tab for esports next to NFL, NBA, and NHL.

There is also the potential for virtual and augmented reality to be incorporated into traditional casino gambling. Maybe you can put on a headset and play a game of cards in a tropical setting. Or you can watch slot machine bonus rounds come to life or you can play roulette and have your phone display characters cheering on the wheel spin.

As sports betting expands, there is also huge potential for technology to play a prominent role. We’ve already seen a market shift to mobile sports betting (about half of wagers) and in-play (live game) wagering (about 1/3 of wagers). Therefore, there is great opportunity to incorporate augmented features, such as displayed odds, to accompany real-time sports action. See Luke Haward, Augmented Reality in Gambling, CDC Gaming Reports (Sept. 19, 2018).

Furthermore, there is also potential for virtual currency or casino transactions being recorded using blockchain technology. Currently, there are no state or tribal gaming regulators in the United States accepting cryptocurrency, such as Bitcoin, for gambling. However, regulators certainly are aware of the technology. I expect that they would sooner embrace blockchain, the underlying technology supporting cryptocurrency markets, to document gambling transactions and processes than accept cryptocurrencies for wagering.

It will be interesting to see how the innovators behind these progressive technologies will take to the licensing process and interact with traditional laws and regulations. Although regulators have been at times criticized for being slow to embrace change, the Nevada gambling regulators were quite quick to update laws and regulations for new technologies, such as skill-based gaming, and to permit wagering on esports. The time is now to start thinking of what technology has in store for the gambling industry.