The Experience Economy: The Future of Technology and Entertainment 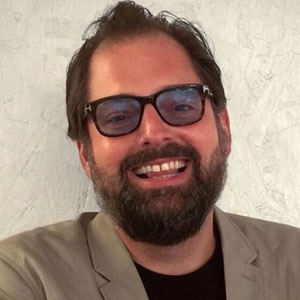 As an inventor, technologist and futurist focused on marketing technology, I contribute to the “cognitive heat sink” that shapes not only our daily lives, but also looks forward to the horizon of technology and experience. To ensure the right trajectory of future thought, I side with the opinion of looking  back to understand what lies ahead.

​My focus for what is next will be Human Computer Interaction (HCI) which will simplify and improve the way we interact with any kind of machine. Currently, HCI work is devoted to identifying and implementing the best form of natural and multimodal interfaces between humans and machines

As far back as we can look, humans sought entertainment to fill their days and nights as soon as they had leisure time to spend. Our cave-dwelling ancestors recorded their experiences through visual storytelling—an act not necessary for survival, but perhaps an early suggestion of the human penchant for exhibitionism. And as our civilizations evolved into increasingly complex systems, so did the experiences we created to delight and entertain our masses. In ancient Western civilization, we relaxed in thermal baths, attended gladiator games and cheered at chariot races. But we must also understand that these delights were afforded by the invention of technologies of the time, deliberately created to enhance our leisure experiences. The great Roman arenas and Greek theatres were designed with acoustics that allowed those even in the nosebleeds to hear every gory cry and every eloquent word.

Most folks can point to the era of Thomas Edison's first phonograph machine in 1877 as the beginning of modern entertainment technology. This invention showed the world that sound can be “recorded” and “played back” — what was later to become mass packaged media. Decades later, a technology invented for telecommunication, namely radio-telegraphy, found a new use that gave birth to an industry. The original intent of telecommunication was to allow a point-to-point radio link for communications. The early pioneers of broadcast radio saw the benefit of this technology in providing one-way information, including entertainment content, to a large audience. When combined with recorded music, broadcast radio led the way to mass media for entertainment.

Entertainment has undergone a progressive spread across the global population, with many kinds of activities—from reading books or visiting museums to playing sports, shopping or traveling the world. Virtually all fields of entertainment have witnessed a technological revolution that has contributed to making amusement more affordable, accessible, and comfortable.

Considering technological changes, the various branches of entertainment might appear to follow a common evolutionary path. But I reckon, it will be far more disruptive. I expect content to become increasingly personalized, with leisure experiences growing ever more capable of becoming immersive and adapting to individual desires. This is already starting to happen with social and intelligent entertainment systems, which learn the preferences and leverage those habits to introduce new content and experiences.

The devices we use to access content will need to adapt to our expectations in terms of flexibility. Distinctions among the roles of television, gaming consoles, mobile devices, and e-book readers are ever more transitory. In time, the devices themselves will also become less important as the access to content becomes foremost. And again, our technology-enabled leisure is predicated on the way a story is told, and not necessarily the delivery mechanism, as it always has been.

Moving content outside of traditional roles is also shared by virtual and augmented reality (VR and AR). These technologies, combined with innovative visualization (including Ultra-high-definition 4K screens, curved and holographic displays) and, more generally, for rendering content for other senses (reproducing smell, haptic feedback, ambient conditions of heat and cold, etc.) are helping content developers produce increasingly engaging and immersive experiences. Surround-sound stories, if you will.

But new content and new devices will require new input mechanisms, enabling ever more effective and intuitive interaction paradigms. Devices are on a course toward being seamlessly controlled with touch, voice, gaze, breath, body gestures as well as thought. Entire environments will be transformed into entertainment experiences with interactive spaces created by projection and controlled by some interaction means based on natural commands, sensors, or handheld devices.

What Does this Mean for Entertainment?

Countless examples illustrate how the world of sports, arts, and many other recreation or leisure activities are becoming ever intermingled. Interactivity is progressively extending to all “entertainment objects.” Robots are benefiting from synergies with other industries, thus becoming more powerful, social, and profoundly interactive. Museums are being transformed into intelligent information spaces that are aware of individual visitors’ behaviors and interests by leveraging sensors and graphics technologies. We are able to provide the appropriate information at the right time. In sports, sensors and tracking systems are in use for measuring and analyzing athletes’ performance and statistics, all as AR products are enhancing live sport.

“My focus for what is next will be Human Computer Interaction (HCI) which will simplify and improve the way we interact with any kind of machine. Currently, HCI work is devoted to identifying and implementing the best form of natural and multimodal interfaces between humans and machines.” However, with the exponential growth and adoption of technology, we will see the continued miniaturization of devices. This will be analogous with the merger between technology and biology. It will be easier to embed machines in our bodies.

And, as we see the parity between “bits” and “atoms” become ever closer, our ability to control and design our world to our liking will become profoundly easy. Robots and Artificial Intelligence (AI) will move beyond augmentation tools and become autonomous, assuming more traditional societal roles, especially dangerous ones (police, fire, military, and other hazardous work), as well as those that required years of educated discipline (attorneys, medical doctors, software engineers, etc.). The result? We will require new modalities for entertainment.

Where the last few decades were seen as the era of “attention as commodity” or cognitive awareness as capital, the next two decades will be the “experience economy.” The delight we experience in both physical and virtual spaces will become the yardstick for value. And the entertainment inside of those experiences will be the engine driving this new economy.

Teleworking and the security risks of freemium messaging apps

A Brief Overview Of Revenue Management Systems In Hotels Today –...

A Front-End Preventive Approach To The Revenue Cycle Contributes To A...