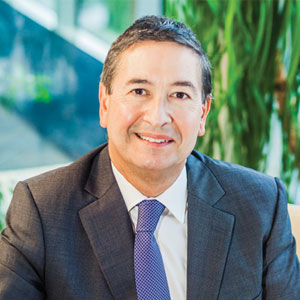 Sebastian Salat, CEO
The global gaming revenue has begun to eclipse the market share of other entertainment industries. A digital entertainment revolution is taking place, as consumers take increased control of digital devices. While competing for the gamer mindshare, companies have to step up their game with enhanced features and more sophisticatedly designed games. Spectacular multimedia applications in the form of complementary graphics, sound, and animation are required in a game to keep the viewers hooked.

The profound understanding of consumer demands has helped Zitro S.A.R.L in making its mark as the vanguard of the gaming industry by helping gaming organizations to provide a fantastic gaming experience to its players. “Our young and talented team composed of a variety of developers, system engineers, graphic designers, and flash animators has helped us in bringing changes to the gaming industry with our innovations,” says Sebastian Salat, CEO of Zitro.

Zitro has extensive knowledge of the international markets, especially when it comes to Europe, Latin America, and the Philippines, and their regulatory, commercial and consumer requirements. Armed with this in-depth knowledge, Zitro has created the Fusion platform range, which proffers the latest technology to ensure player enjoyment while assuring maximum security for the casino. The range manages games with agility using the TRITON processor, high-definition monitors, and a sophisticated digital sound system. This platform range targeting the international market also has a powerful operating system that allows connections to jackpots, servers, and payment systems in a flexible and reliable manner. Salat elaborates, “The Fusion platform line has been conceived to compete with the most sophisticated suppliers in this industry while satisfying operators across the globe.”

The company’s participation-based business model has proved to be a unique advantage, which allows it to follow up on the performance of each game closely with the operator.

With Johnny Ortiz at the helm as the founder of Zitro, the team leverages his several years of experience as an operator at the major casinos in conjunction with a detailed analysis of the playing behavior in every market to design experiences that are tailored to the players of every country in the world. The diverse regulatory requirements that vary in each country makes it essential to consider several features and items before launching each product into the international market. As Zitro started nearly from scratch as a new player in this market, it entered each new jurisdiction without a past legacy and gradually built its way up by developing new products that met these regulations. “We have transformed from being the leading provider of Video Bingo to become a global supplier with a diverse product portfolio, including Video Bingo and Slots, as we garner interest not only in the land-based gaming industry but also online,” says Salat.

With the awareness that it operates in a sector with severe social repercussions, Zitro promotes responsible gaming to avoid excessive, illegal, or dependent use of its products. The company, is a member of the Responsible Gaming Advisory Council that reports to the Spanish government and it is simultaneously working with authorities to develop a framework that offers planned and coordinated initiatives to encourage responsible gaming.

Zitro has detailed expansion plans, which are centered on attracting, retaining and creating Video Bingo players while providing Bryke Video Slots worldwide. “We aim to improve our online product offerings and reach out to more businesses and customers across the globe,” Salat concludes.

Description
ZITRO entered an industry strongly committed to innovation and obtained spectacular and unanimous recognition, backed up by accumulated jackpots and through the most important media of communication in the industry. In fact, since its foundation, the company has advanced steadily, supporting its development by continually investing in R+D+i. It has resulted in the profound change that it has brought to the market through its many innovations. ZITRO is a large company on the international stage, having conquered the most diverse demands and made itself the final point of reference in technology, innovation, profitability throughout the world 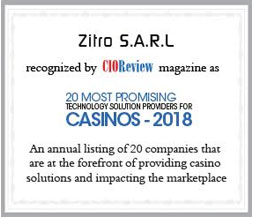 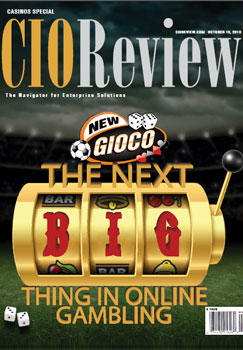