AI the Next Frontier AP

AI the Next Frontier AP 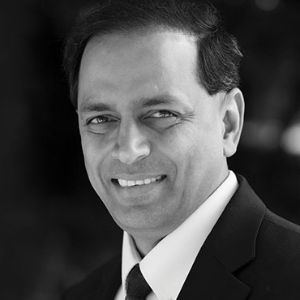 Artificial Intelligence is all around us and has enveloped our daily life from Siri and Alexa to robots fulfilling the USB cable that you ordered on Amazon. As AI advances at the rapid pace we are seeing, it will permeate more and more areas of our life. There are many benefits but there are many pitfalls as well. The current governance structures are primitive to non-existent even as the technology is growing by leaps and bounds.

Intelligence can be defined as having the following: The capacity to perceive contexts for action, the capacity to act, and the capacity to associate contexts to actions. Things that exhibit any of these properties are examples of AI. At a very high level artificial intelligence can be split into two broad types: narrow AI and general AI. Narrow AI is very prevalent today: intelligent systems that have been taught or learned how to carry out specific tasks without being explicitly programmed. This type of machine intelligence is evident in the speech and language recognition of the Siri virtual assistant on the Apple iPhone, in the vision-recognition systems on self-driving cars, in the recommendation engines that suggest products you might like based on what you bought in the past. Unlike humans, these systems can only learn or be taught how to do specific tasks, which is why they are called narrow AI. There are a vast number of emerging applications for narrow AI: interpreting video feeds from drones carrying out visual inspections of infrastructure such as oil pipelines, organizing personal and business calendars, detecting wear and tear in elevators from data gathered by IoT devices, the list goes on and on. Artificial General Intelligence is very different, and is the type of adaptable intellect found in humans, a flexible form of intelligence capable of learning how to carry out vastly different tasks, anything from lawn mowing to building spreadsheets, or to reason about a wide variety of topics based on its accumulated experience. This sort of AI doesn't exist today and AI experts are fiercely divided over how soon it will become a reality.

​ During training of these neural networks, the weights attached to different inputs will continue to be varied until the output from the neural network is very close to what is desired, at which point the network will have 'learned' how to carry out a particular task

Machine learning is where a computer system is fed large amounts of data, which it then uses to learn how to carry out a specific task, such as understanding speech or identifying a photograph. Key to the process of machine learning are neural networks. These are brain-inspired networks of interconnected layers of algorithms, called neurons, that feed data into each other, and which can be trained to carry out specific tasks by modifying the importance attributed to input data as it passes between the layers. During training of these neural networks, the weights attached to different inputs will continue to be varied until the output from the neural network is very close to what is desired, at which point the network will have 'learned' how to carry out a particular task.

Another area of AI research is evolutionary computation, which borrows from Darwin's famous theory of natural selection, and sees genetic algorithms undergo random mutations and combinations between generations in an attempt to evolve the optimal solution to a given problem. Finally there are expert systems, where computers are programmed with rules that allow them to take a series of decisions based on a large number of inputs, allowing that machine to mimic the behavior of a human expert in a specific domain. An example of these knowledge-based systems might be, for example, an autopilot system flying a plane.

The Resurgence in AI

The biggest breakthroughs for AI research in recent years have been in the field of machine learning. This has been driven in part by the easy availability of data, and an explosion in parallel computing power. Not only do these clusters offer vastly more powerful systems for training machine-learning models, but they are now widely available as cloud services over the internet. Over time the major tech firms, the likes of Google and Microsoft, have moved to using specialized chips tailored to both running, and more recently training, machine-learning models.

The possibility of creating thinking machines raise a host of ethical issues. The issues relate to ensuring that such machines in the future do not harm humans and other relevant beings. There are challenges in ensuring that AI operates safely as it approaches humans in its intelligence and surpasses it shortly thereafter. The approach of AI toward more humanlike thought and thinking process portends serious complications. Advanced general AI algorithms many no longer execute in predictable contexts, which will require new kinds of safety precautions. The technological singularity is the hypothesis that the invention of AI superintelligence will abruptly trigger runaway technological growth, resulting in unfathomable changes to human civilization. According to this hypothesis, an upgradable intelligent agent would enter a loop of self-improvement cycles, with each new generation causing intelligence explosion and resulting in a powerful super intelligence that would far surpass all human intelligence. Many notable personalities consider the uncontrolled rise of AI as a matter of alarm and great concern for humanity’s future. The consequences of singularity is a hotly debated topic in scientific/ intellectual circles.

Bringing the AI discussion home, casino operators haven’t focused on AI as an immediate threat here in the US and arguably so. But threats are looming in the horizon. A Chinese woman took away $20 million in winnings from several casinos in Macau using an AI backend. An AI experiment called Libratus from Carnegie Mellon was able to beat four of the world’s top poker players in a 20-day marathon. Computers don’t get fatigued and can quickly learn from each hand played. Casinos can ban google glasses and other devices that are visible but how do we stop the Samsung’s smart contact lens when it becomes available in the next 5 years or sooner? I believe leveraging AI but having a good dose of skepticism is the key. Time to go and watch Bladerunner!

Disrupt Your Legacy Application Portfolio to Improve Security And...

Why a Credentialing Strategy Must be Part of Your Digital Strategy

The Convergence of IT with the Internet of Things Innovation

It’s On People: The Undeniable Cultural Impact in a Digital...

A Promising Road Ahead for Insurtech

Bolloré Logistics Australia becomes a global leader in the use of...